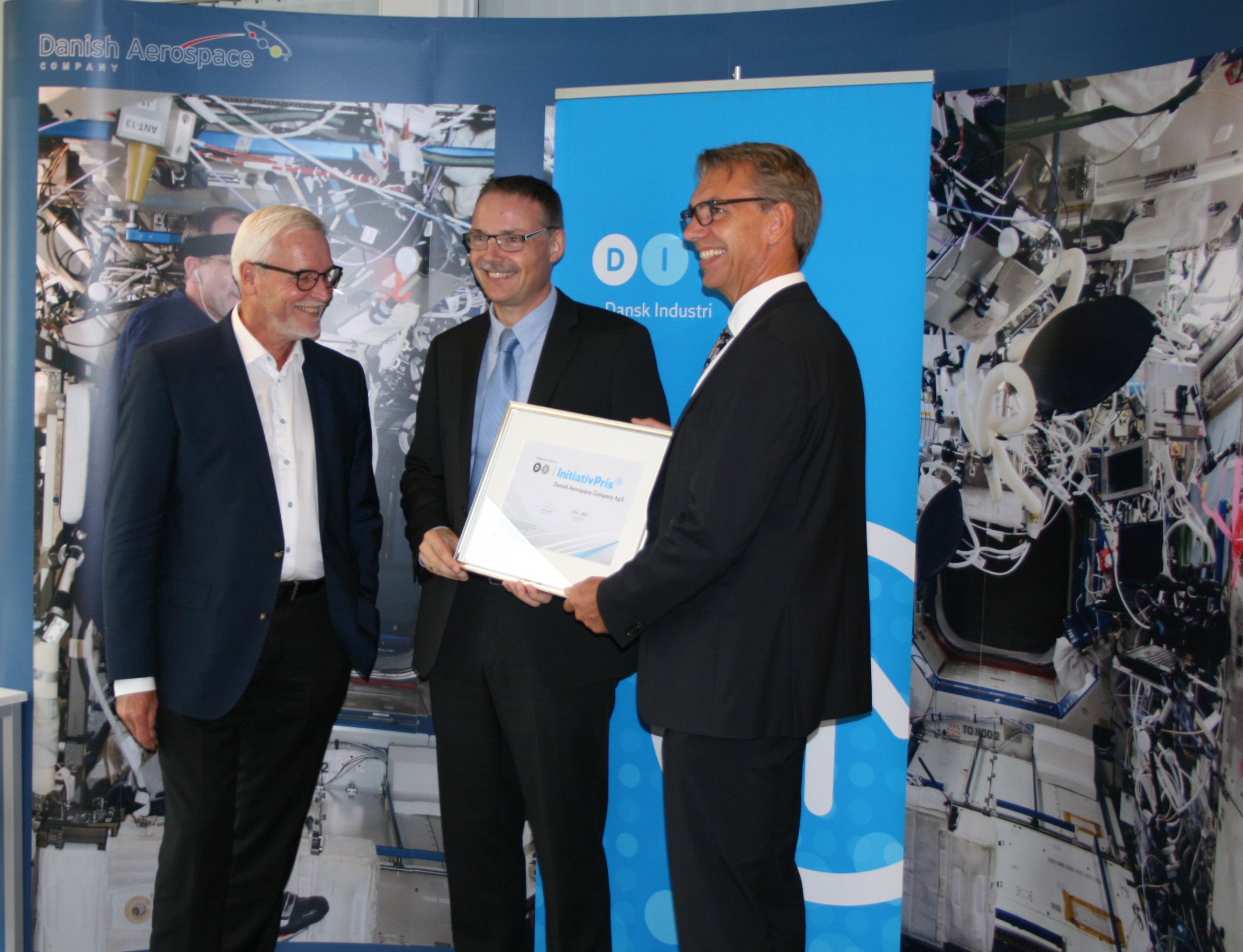 Danish Aerospace Company (DAC) a subsidiary of the M. Goldschmidt Group, wins the DI Funen Initiative Award 2015. DI’s Initiative Award is given to small or medium-sized companies, which have created a foundation for growth through initiative and exceptional entrepreneurship.

DAC is one of 19 recipients of DI’s regional Initiative Awards and therefor is a contender as the national winner. The national winner is appointed at DI’s conference of small or medium-sized companies in January 2016.

In 2015, spaceflight has received special attention in Denmark in connection with Andreas Mogensen’s mission to the International Space Station (ISS). DAC has since 1988 been in a progressive development, starting out by delivering medical equipment to ESA and later to NASA. From 1993 and until the end of the Space Shuttle program in 2011 DAC’s ergometers have been used as standard exercise equipment on all of the Space Shuttles. Ergometers have also been used on the Russian Space Station Mir and today on ISS, where also Andreas Mogensen used it.

The criterions for receiving the award are:

DAC has spent years developing five generations of launched pulmonary physiologic equip-ment of which two are currently used on the ISS for basic research and for regular health examinations conducted on the astronauts. So far, DAC has launched 3 ton of equipment into space.

”We are very proud of receiving the DI Funen Initiative Award 2015. It is because of the skills, enthusiasm, creativity and meticulousness of DAC’s employees, it has been possible to deliver reliable exercise- and medical equipment for the European Space Agency ESA and for NASA for over 27 years. Our support of the Danish astronaut Andreas Mogensen and a great deal of his experiments during his 10 day long stay at ISS in September this year could not have been executed without the profound preparation and enthusiasm of our employees.” – says Thomas A. E. Andersen, CEO of DAC.

DAC established in 1993 an operational User Support and Operations Centre (USOC) while being involved in the D2-Spacelab, the Euromir-95 ESA mission and the now ter-minated Russian Space Station Mir. DAC was selected by ESA as support center for ESA’s scientific experiments with the Pulmonary Function System (PFS) and Portable PFS at the ISS, and has since 2004 assisted with the planning, preparation and execution of respiratory physiologic experiments and other scientific experiments at the ISS for both ESA and NASA.

Recently during Andreas Mogensen’s flight to the ISS, DAC was responsible for the support of five scientific and one education experiment. This includes e.g. development of procedures, experimental software, and conduct of reference measurements on the astronauts before and after the stay on ISS, as well as crew training support at ESA’s European Astronauts Centre in Cologne. During the missions, DAC provides operational support, planning, trouble shooting, and quick-lock analysis of data and repair procedures if necessary. DAC supports online ESA’s and NASA’s use of ISS via DAC’s Control Center in Odense, which has live audio, video and data connection to the ISS.

Christian Møller, chairman of DI Funen and mayor of Odense Anker Boye presents the Award to Thomas A. E. Andersen, CEO of DAC.

DAC is now one of 19 candidates of DI’s National Initiative Award. The national winner is appointed at DI’s conference of small or medium-sized companies in January 2016.


Read this article in danish