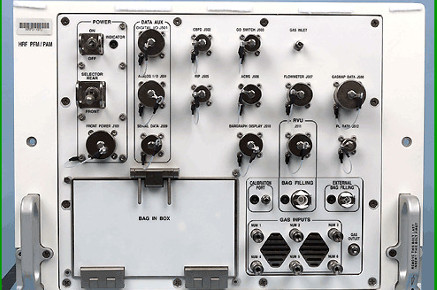 PFS is an autonomous multi-user facility supporting a broad range of human physiological research experiments in the areas of respiratory, cardiovascular and metabolic physiology. It is are a collaborative development in the field of respiratory physiology instrumentation between ESA and NASA.

The Pulmonary Function System (PFS) is an evolution of the existing previous gas analyzers for space such as ARMS and RMS-II.

The PFS consists of the following building blocks:

LAUNCH HISTORY
PFS is accommodated within the NASA Human Research Facility 2 (HRF-2) in the ESA Columbus module in the Space Station. The equipment was launched on Discovery (STS-114) on July 26, 2005, and installed in August 2005 in the US Laboratory Destiny on the space station. The equipment was checked out on October 18, 2005 and a subset on March 18, 2006.