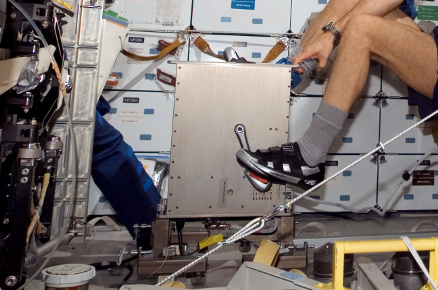 BACKGROUND
Danish Aerospace Company (DAC) has since 1993 provided a version of our cycle ergometer, original developed for an ESA Science mission, to NASA also.