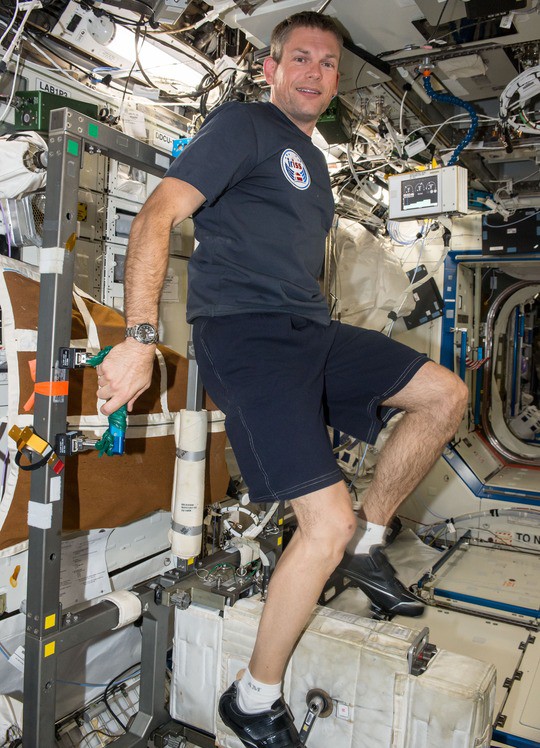 ESA and the Danish Ministry of Higher Education and Science have approved three technologies/experiments from Danish Aerospace Company A/S to be performed by the Danish ESA-astronaut Andreas Mogensen on his next flight in 2023.

Danish Aerospace Company A/S (DAC) is extremely pleased to have three technologies selected for Andreas Mogensen next flight in ISS. These will help the company in its development of new technologies for the new growing commercial Human spaceflight areas, as well as its technologies for extreme environments on ground.

With the growing number of manned spacecrafts under development, as well as many planned commercial spaceflights underway, simple, flexible and reliable medical surveillance equipment is in demand - one that can be worn by astronauts and space tourists under their suits or aboard space stations. DAC ’s new wireless, body-carrying wearable health monitoring system can monitor key medical parameters during training, as well as during shorter or longer manned space flights and under extreme environments. The system is autonomous and simply needs to be turned on and off, thereby recording high quality medical data for the specialists and aviation doctors. The Wearable Health Monitoring System is a small battery-powered module that includes multiple sensors, data storage, and a wireless Bluetooth transmitter. The module is designed and integrated with an adjustable fabric belt for continuous use. The wearable monitoring system is not only designed for space missions, but also for extreme environments on Earth. Demonstrating the functionality in space opens up for both the private and commercial manned space markets as well as for development for use in other terrestrial extreme environments.

The second activity will combine Virtual Reality with exercise performed in space, where training and virtual reality are used to create an immersive experience for Andreas Mogensen to train in either scenic, challenging, or familiar surroundings. During the exercise Andreas will see wide-angle videos recorded while cycling on the ground. The videos are uploaded to the space station and played during an exercise session, where he can look around and explore the landscape. The intensity of the DAC FERGO space ergometer will continuously be adjusted to mimic the intensity from the videos, thereby creating a more immersive experience. The activity is a technology demonstration in order to evaluate whether the concept is possible and whether it can have a positive impact on the astronauts' exercise motivation, as well as their mentality. The pre-recorded videos are partly prepared by the DAC and partly prepared by the general public, and some will be selected in connection with a public competition.

The third activity is a two-part experiment is to investigate and quantify the use of Aquaporin membranes in manned spaceflight. It is a continuation of the previous Aqua-membrane experiments carried out on the International Space Station during Andreas Mogens' first visit. Here will be tested the water-transport and contamination-repellent capabilities of the Aquaporin Inside® Hollow Fiber Forward Osmosis (HFFO) membrane. Furthermore, it will examine the impact of another membrane technology, Membrane Distillation (MD), for the production of clean drinking water for astronauts.

The weightlessness of space reduces the transportability of semipermeable membranes due to the lack of convection and thus a reduced mixing effect at the surface of the membrane. The experiment will investigate and quantify the effect of the Aquaporin membranes. These tests can only be performed in weightlessness of space. The knowledge gained through the experiment will help shape the development of a fully portable water purification system using this technology, which will enable astronauts to recycle wastewater in space exploration, the Moon and Mars.

CEO of DAC, Thomas A. E. Andersen is delighted that DAC gets these opportunities with Andreas Mogensen’s next flight:

” We are constantly developing new hardware and new technologies for space and other extreme environments. Therefore, it is extremely important to be able to test new opportunities in space and get feedback.

Andreas’ next flight to ISS is a great opportunity to validate these new technologies in space. Andreas Mogensen is an extremely skilled and professional astronaut, so we are very much looking forward to his testing and valuable feedback.

These new technologies are in line with DACs major technology areas of health monitoring, exercise equipment and water purification. They will help provide new commercial opportunities in space and on ground. “