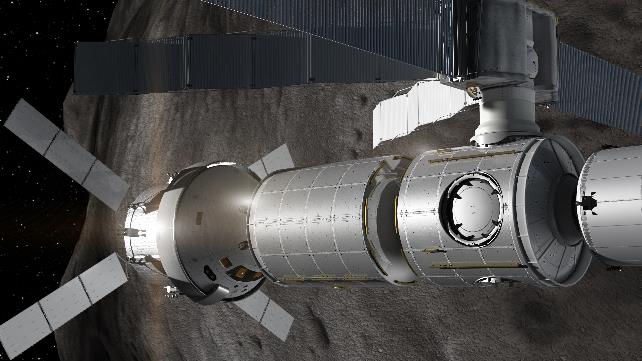 The two Danish companies; Danish Aerospace Company ApS (DAC) and Aquaporin Space Alliance ApS (ASA) have been tasked by ESA to develop a breadboard model of a water recycling unit for space applications. If successful this could lead to a new type of open water recycling system for future testing on the International Space Station and eventually use on human voyages further out into the Solar System.

The two companies will spend the next six months designing and developing the WRU (Water Recy-cling Unit) breadboard model based on the Aquaporin Inside™ technology, for which Aquaporin Space Alliance ApS has the rights for use in space.

The WRU breadboard model will be based on the biomimetic water filtration membranes from Aqua-porin. These membranes were initially tested in space by the Danish ESA astronaut Andreas Mogensen during his 10 days stay on the International Space Station (ISS) in September 2015.

The patented Aquaporin Inside™ technology uses aquaporin molecules for transport of water across the membrane. Aquaporins are Nature’s own water filters and facilitate rapidly a highly selective water transport.

Water is an extremely important commodity in space despite that fact that on the space station, astro-nauts will wash with much less than one-tenth the water that people typically use on Earth. Usually an astronaut in space use around 6 liters of water per day for drinking, hygiene, cleaning etc.

Launch of supplies from ground to Earth orbit is usually valued around 50.000 $ per kilo, so any con-siderable amount of water which can be reused with a simplified and reliable system, will provide a direct significant cost saving in human exploration.

“This technology, with the Aquaporin Inside™ membranes, has a huge potential in space applications. It can be used, among others, for generating drinking water in space suits, capsules and on space stations, purifying technical water for specific use e.g. cooling of space suits and spacecraft systems, and other applications. We are very proud that ESA has tasked us to explore its potential with this WRU breadboard con-tract.” - says Thomas A. E. Andersen, CEO of DAC & ASA.

In space several types of water such as condensate from the humidity in the cabin, urine from astro-nauts, wastewater from toilet and cleaning processes can be recycled and reused in space. The work for ESA on developing the breadboard model based on the Aquaporin Inside™ technology will help pave the way for future use of this technology for ESA in space.

This press release in PDF (English)

This press release in PDF (Danish)