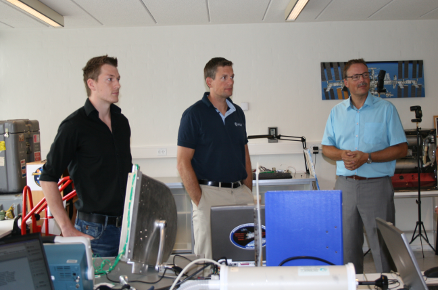 On August 28th 2013 ESA announced that Andreas Mogensen has been assigned to be launched on a Soyuz spacecraft from Baikonur Cosmodrome in Kazakhstan in September 2015 for a mission to the International Space Station.

This 10-day mission will be Andreas's first flight into space and the first ever space mission by a Danish astronaut.

Probably the most often used equipment of these has to be the CEVIS cycle from 1998 which is still used for exercise on ISS.