Danish Aerospace Company and Aquaporin Space Alliance (ASA) will test Aquaporin Inside™ on its second experiment aboard the International Space Station.

Setup hardware with the Aquaporin Inside™ water filter membranes  is due to be launched to ISS via Orbital ATK new Antares-230 rocket on October, 2016.The AquaMembrane-2 experiment comprises an AquaMembrane Osmotic Driven Test. It is planned to be carried out on timeframe November 2016, and the samples from the experiment will be returned to ground on Soyuz-48S in February 2017

The goal of the experiment seeks to evaluate the efficiency of the ability of Aquaporin Inside™ Membranes to purify water in a microgravity environment. More specifically, the purpose is to investigate the “concentration polarization” effect between contaminated and clean water and alleviate the effectiveness in microgravity by active recirculation of the fluids across the membranes. This effect become dominating in space, where there are no gravity and thus no nano-scale buoyancy driven mixing in the fluids.

Experiment details
Three identical sets of hardware with 300ml of water (200ml of Saline water and 100ml of Pure water) will be used to test the membranes on ISS. The content will be transferred between the bags through one of the Aquaporin Inside™ membrane (AIM) assembly Membranes and the volume of each bag measured after 2, 4, 6 and 10 hours of experiment, and the values saved. The 3 sets will be saved and downloaded on Soyuz-48S in February 2017 for further detailed analysis on water quality.

The first Aquamembrane experiment aboard ISS was performed by ESA-astronaut Andreas Mogensen with promising test results. This second round of testing (Aquamembrane-2) seeks to provide more detailed results of effectiveness of the membranes in Microgravity and make a closer step towards developing a more natural, lighter and simple way for water filtration in space. 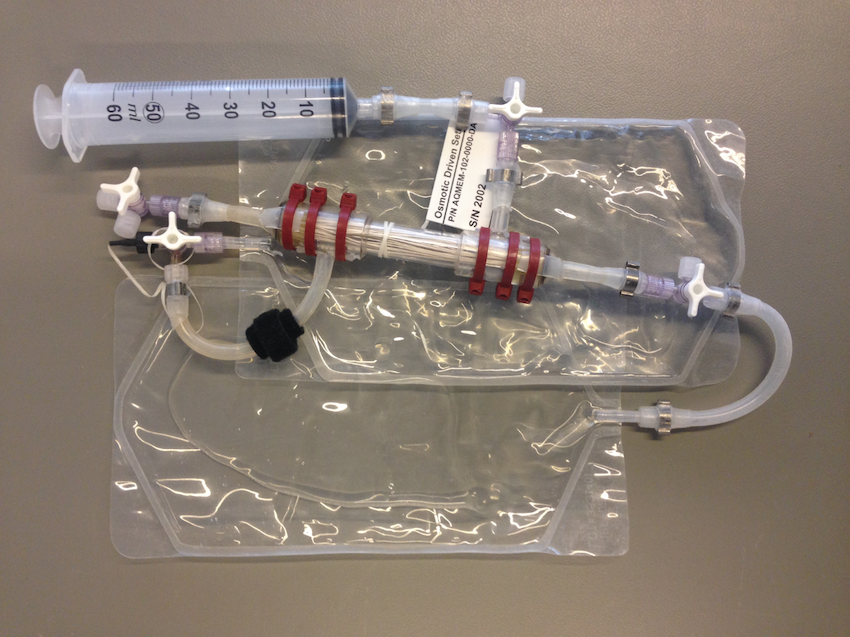 A set of the unpacked hardware used for the experiment
(Photo: Aquaporin Space Alliance/Danish Aerospace Company) 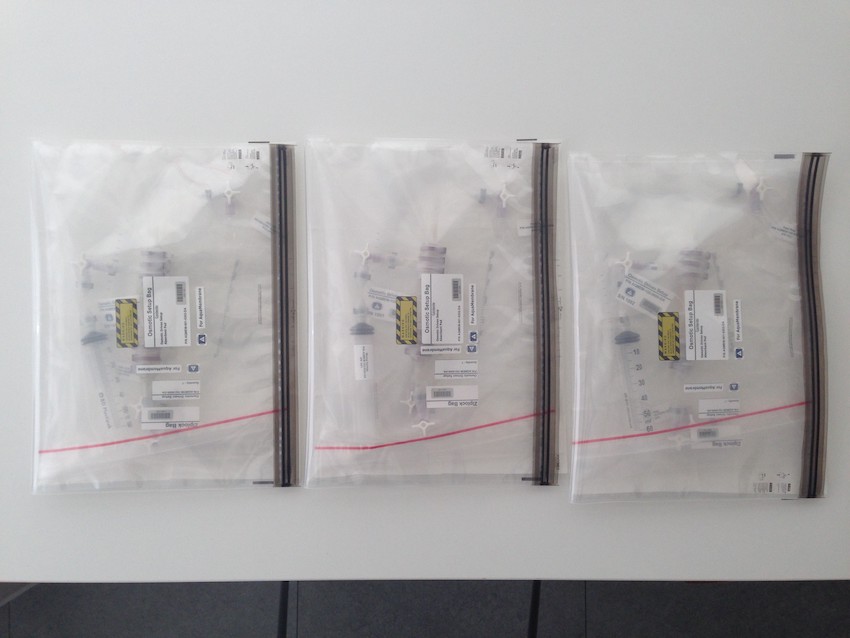