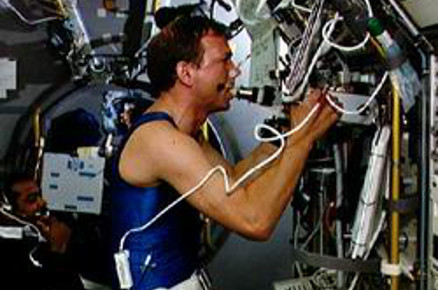 HISTORY
The German funded D-2 mission was performed in collaboration with ESA. It flew in April 1993 when the Space Shuttle Columbia was carrying the ESA build Spacelab in the cargo bay. The mission launched on April 26, 1993 and returned on May 6th 1993.

The Anthrorack equipment was an advanced mini-diagnostic laboratory, allowed most comprehensive medical screening to date of human adaptation to weightlessness.

These service elements constituted 15-20% of the Anthrorack facility. DAC personnel have performed all phases of design, manufacturing, space qualification, and verification of the hardware, and they supported the in orbit operations from the German control center outside Munich.